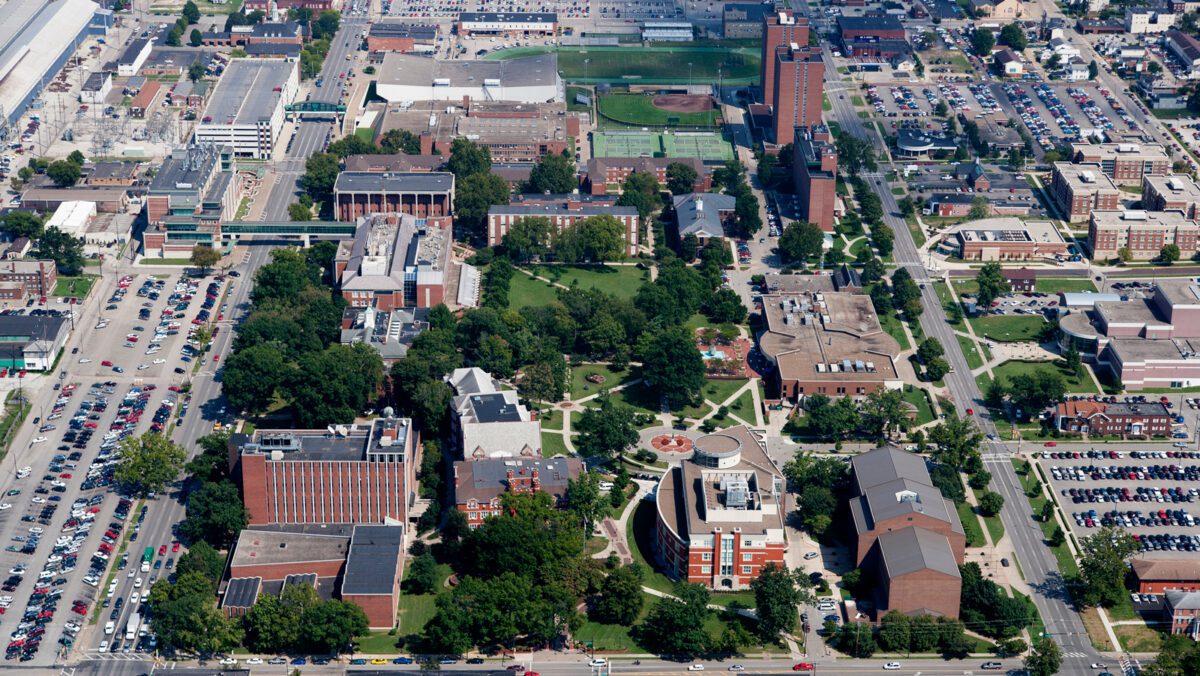 “Patrick Farrell, board member and new board chairman come July, said he was concerned about the university using its reserve funds to balance the budget, noting the university used reserves last year when there wasn’t a pandemic.”

From the Huntington Herald-Dispatch:

HUNTINGTON — The Marshall University Board of Governors on Thursday approved a fiscal year 2021 budget with the intent of amending the budget in the fall.

The board approved spending under the new budget for the first quarter of the year. The $113.5 million budget is a reduction of $13 million over last year and uses $10 million of the university’s reserves.

The budget plans for a more than $10 million decrease in tuition revenue. Mark Robinson, chief financial officer, said he reduced the March enrollment numbers by 15%. The board will need to revise the budget in September, possibly in special session, with more accurate enrollment numbers.

President Jerome Gilbert said if everyone who says they are going to return to campus does return to campus, the university will see a 5% reduction. He said they anticipate it will be a little higher than that, but not as high as 15%.

The budget incorporates the Phase 1 reductions developed by the budget work group, comprised of representatives from constituencies across campus. These reduction measures include salary reductions for those making more than $100,000, reducing operating budgets for departments and continuing a travel ban and hiring freeze.

Gilbert said the Phase 2 measures will not all automatically go into effect, but the university will analyze each measure based on need. Phase 2 includes salary reductions for all employees making more than $50,000. It also includes “furloughs,” which Robinson said would be an “administrative nightmare” because the university cannot legally furlough. The unpaid time off would be repaid through administrative leave days, but the logistics of that have still not been determined.

Patrick Farrell, board member and new board chairman come July, said he was concerned about the university using its reserve funds to balance the budget, noting the university used reserves last year when there wasn’t a pandemic.

“We should be overreacting to protect the balance sheet and reserves,” Farrell said during the finance committee meeting. “While we all hope for the best, the university is long overdue to make some tough decisions and make some cuts. I support Dr. Gilbert and this budget, but when we consider this in September, we need to think about that.”

Part of the budget reductions is looking to eliminate low-enrollment courses and sections. Provost Jamie Taylor for the past two years has been developing a way to analyze courses and to make cuts. Gilbert said 30 positions have been cut so far, but it is a slow, thoughtful process as to not create unintended consequences for students.

The board also approved the university’s return-to-campus plan, which outlines the steps the university will take to keep students and employees safe during the pandemic.

The university is implementing a revised academic plan that features a mix of face-to-face classes, online classes and hybrid settings. The university’s academic calendar also has been adjusted to minimize travel to and from campus once the fall and spring semesters begin, while maintaining the required number of instructional days. Classes are scheduled to begin Aug. 24, with students completing the semester online after the Thanksgiving break.

Classrooms will be limited to 50% capacity and professors will teach behind plexiglass. All students and employees will be required to wear face masks or coverings in buildings. The mask requirement was also added to the student code of conduct.

Students living on campus will also be tested for COVID-19 upon arrival. Students and staff will also be able to take a daily health assessment developed by the University of Alabama-Birmingham.

The university has scheduled virtual town hall meetings via Microsoft Teams for members of the Marshall community to share the return-to-campus plan in more detail. The schedule of these meetings is as follows:

Public buildings on campus — Old Main and the student center — will reopen July 27.

Jacobs-Jones said they anticipate the return-to-campus plan will change and change frequently as more continues to be learned about the novel coronavirus.

The board also voted Thursday to appoint a new chairman, vice chairman and secretary. Farrell will replace James Bailes as chairman. Bailes has finished his term on the board.

Jim Farley will serve as vice chairman and Toney Stroud will be secretary.

Joining Bailes in leaving the board are Gary White, Christie Kinsey and Tim Dagostine.

Gov. Jim Justice has appointed Samuel Moore, a Huntington pastor; Angel Moore, a Charleston lawyer; and Donald Holcomb, of Daniels, West Virginia, to fill three of the four spots. Dagostine will continue to serve until someone is appointed.