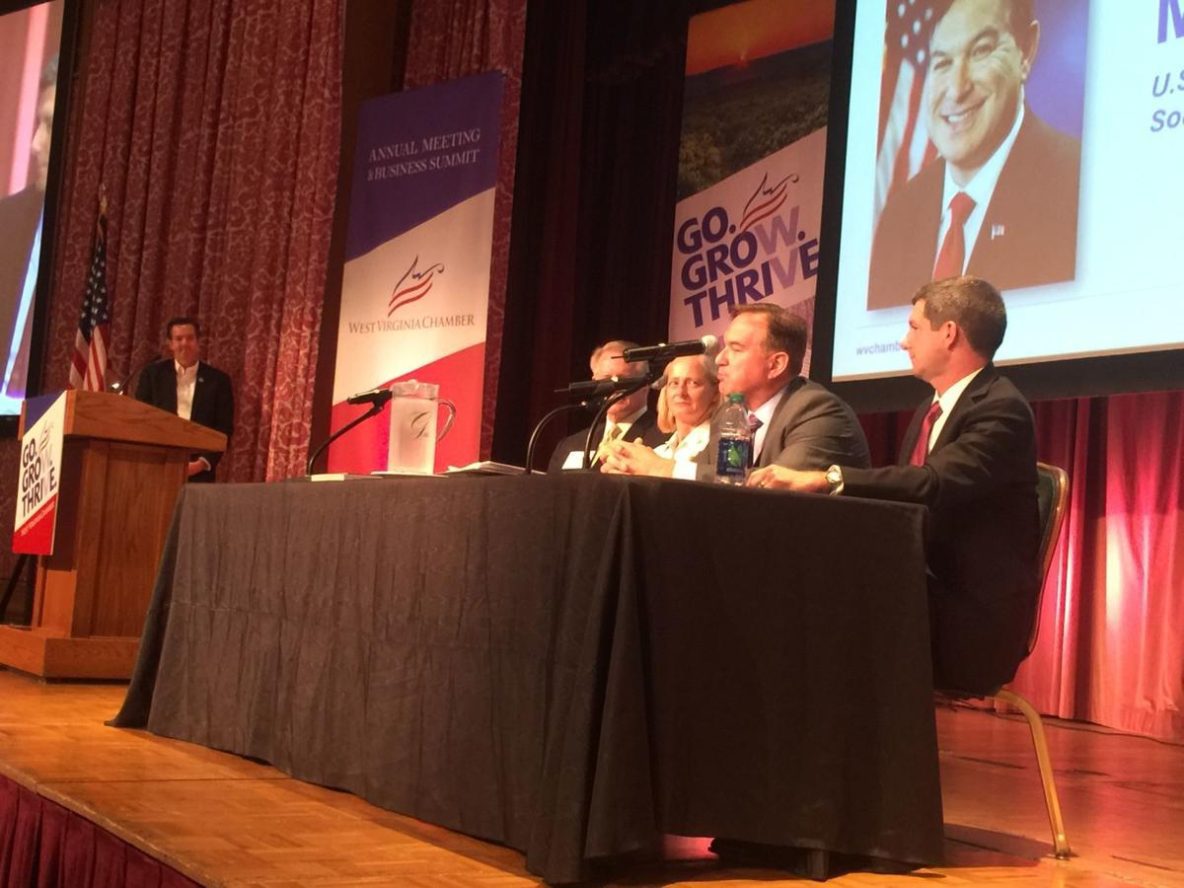 This article was originally published by WV News.

WHITE SULPHUR SPRINGS — West Virginia Chamber of Commerce leaders say the state’s expanding economy and robust job growth are the main reasons why a record 1,000 people are attending the 82nd annual Business Summit at The Greenbrier this week.

“I think people are very excited about what’s going on in West Virginia right now,” Chamber Chairman Pat Graney said Wednesday. “Our progress in terms of the economy, the fact that we’ve made lots of legislative changes, and all these things now are starting to work.”

The positive sentiment carried through to the opening of the summit when Gov. Jim Justice got a standing ovation following a video promoting his administration’s works.

“Today we got more jobs than we got people to fill them,” Justice said to the 1,000 people at the Business Summit Wednesday afternoon. “Things are happening. There’s orange cones all over the place. There’s roads that are being built that we’ll reap the harvest from for many years to come.”

U.S. Secretary of Labor Alexander Acosta gave the event keynote address, focusing on a variety of topics from the growing national and state economy to the opioid epidemic that continues to plague West Virginia and how it is affecting the job market.

“This crisis is keeping too many Americans out of a job and out of an opportunity, Acosta said. “The president declared this a national emergency, and that allowed the Department of Labor to deploy grants into the opioid space.”

The drug and opioid problems mainly in Cabell County were also examined during a special panel discussion during the first part of the Business Summit. The panelists included U.S. Attorney for the Southern District of West Virginia Mike Stuart, Huntington Fire Chief Jan Rader, Savage Grant founder and President Patrick Farrell Founder and Huntington Mayor Steve Williams, who said his community is quickly becoming the center for the solution.

“We’re going to show the way to the rest of the nation,” Williams said. “I really don’t give a flint about what somebody else is doing somewhere else. It’s happening here and I am daggone sick and tired of people coming in and saying, ‘Huntington, West Virginia you’re the epicenter of the heroin epidemic.’ I say, ‘no, not quite, we’re the epicenter of the solution in West Virginia.’”

“Our institutions are very committed to making a difference in the world and in West Virginia in particular, we’re devoted to that,” Gee said.

“Right now at Marshall we are indeed working with our West Virginia University counterparts and the state’s (Department of Commerce) to help move our state forward,” Gilbert said.

Mylan CEO Heather Bresch, whose company is the lead or host sponsor of this year’s Business Summit, spoke about her company’s investment in the state through a 10-year collaborative with West Virginia University, WVU Extension Service and the state’s 4-H program.

“We spent a lot of time thinking about how to give back,” Bresch said. “It was really important to reach every county in the state. I know there’s different economic and demographics when you go from each corner of this beautiful state.”

The state Chamber’s 82nd Annual Business Summit also included multiple panel discussions, ranging from an update on expanding the state’s broadband infrastructure, an an overview of West Virginia Supreme Court decisions and the corresponding economic impact, the future of West Virginia’s natural resources, including natural gas and coal, and even a discussion on diversity in the workplace.