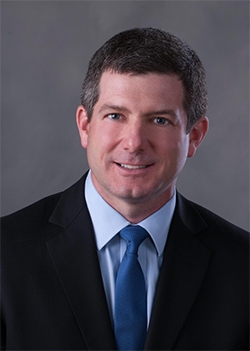 Patrick Farrell is the founder and president of Savage Grant, a company that invests in Appalachia through the energy, infrastructure, and technology industries.

As part of this strategy, Mr. Farrell co-founded Mountain Point, a cloud technology consulting firm based in Charlotte, North Carolina, and CentralApp, an onshoring software development company with workers located throughout central Appalachia.  Mr. Farrell also owns and serves as the president of Service Pump and Supply, an industrial products and services company working to provide customers with solutions to their clean water, wastewater, and stormwater challenges.

Mr. Farrell is an active member of the community, focusing on bringing new economic and educational opportunities to the Appalachian region. He is the founder and president of West Virginia Veterans Inc., a non-profit dedicated to increasing veteran employment, and a co-founder of Appalachian Connection, a non-profit that supports future leaders in Appalachia by helping ease the financial burdens of higher education.

Mr. Farrell serves as a board member for the West Virginia Chamber of Commerce, St. Joseph Catholic School, and the privately-held Portable Solutions Group. He also serves as the Chairman of the Marshall University Board of Governors. He has previously served as a gubernatorially appointed member of the West Virginia Economic Development Authority.

Prior to his role in the private sector, Mr. Farrell served in the U.S. Air Force as an F-15E Strike Eagle weapon systems operator. He is a decorated combat veteran and was awarded a Distinguished Flying Cross for Heroism.

Mr. Farrell is a graduate of the United States Air Force Academy and earned his MBA from the Duke University Fuqua School of Business. He lives in Huntington, West Virginia, with his wife and sons. He spends his free time as a Boy Scouts of America volunteer.